Written by Inna Semenikhina
Updated over a week ago

Let's check the integration logic with the default setting of the matrix.

Received an incoming call from a new customer

Received an incoming call from an existing client

Missed an incoming call from a new client

Contact and deal will be created for a TOP manager. Also, the contact, deal and task will be attached to the TOP manager. So, they will forward the deal to one of the agents to give a callback to the client. 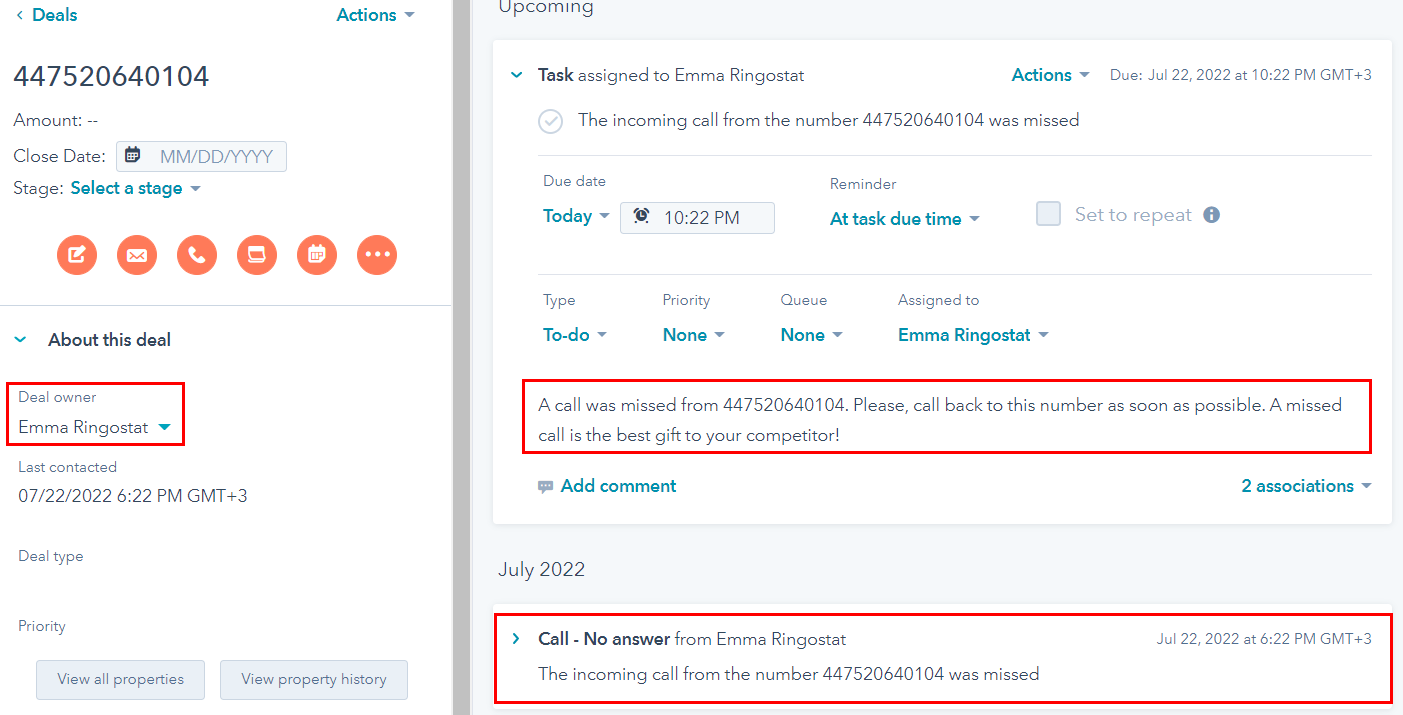 Missed an incoming call from a current client

A task with a record of a missed incoming call will be added to the existing deal and contact so that the manager can contact the client as soon as possible.

After a successful outgoing call, a conversation recording will be attached to the existing deal and contact.

The call was received/made by an unknown employee.

If the call is received/made by an unknown employee — Ringostat will create a task for the TOP manager with information about this call to check the integration settings.

Contacts and transactions in Hubspot will be duplicated if the client number is specified in a format other than +380ХХХХХХХХХ or 380ХХХХХХХХХХ, i.e. of international format. If contacts and transactions in your CRM system are created by third-party integration, or you make them manually, stick to the international number format without separators. In this case, Ringostat can find a previously created deal and contact when adding call data to the CRM system instead of creating a duplicate.

Did this answer your question?